A TRULY UNIQUE WEDDING VENUE FOR YOUR SPECIAL DAY

Tenuta I Mandorli, recently converted into a country resort providing all the possible comforts you might need to relax and have a great stay, graciously extends over sixty hectares in the heart of the luscious Parco Alta Valdera. It is the ideal location to host your wedding event and render it unforgettable, for you and your guests.
The extensive outdoor swimming pool will be the perfect setting for the outstanding moments of your wedding day, such as the welcome cocktails and  cutting of the wedding cake. The gazebos in the garden and the courtyards can accommodate parties with significant numbers of guests.

Why choose Tenuta I Mandorli

Few places can be more romantic and exclusive than a historic estate to pronounce the most important yes of one’s life. Outdoor spaces, areas for exclusive use, a competent and attentive staff and the possibility of renting the entire Villa, will make your wedding truly unique and special.
We are at your complete disposal to graciously assist you with the preparation of your most memorable day. We will take care of even the minutest details of the best day of your life so you can make your dreams come true; an unforgettable event surrounded by nature.

PLAN YOUR WEDDING AT TENUTA I MANDORLI

A Beautiful and Luscious Garden

Our splendid vast garden can be set up during spring, summer and autumn to elegantly host your wedding, immersed in the context of the Tuscan countryside, framed by the warm colors of the landscape and the green of the surrounding hills. The reception can be organized utilizing both indoor and outdoor areas of our Estate. 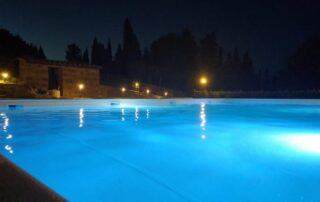 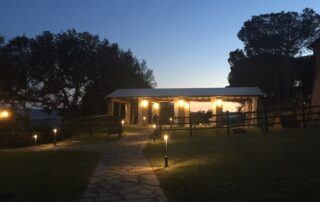 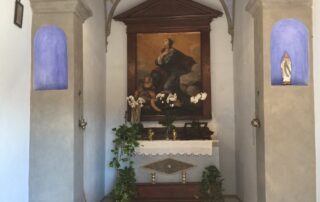 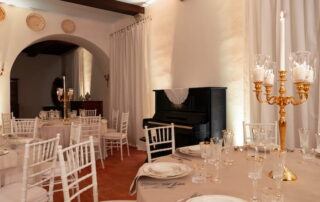 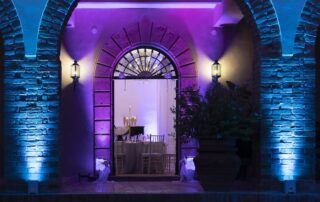 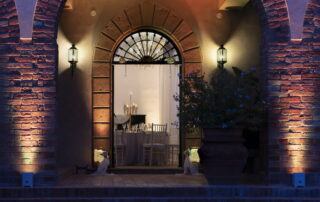 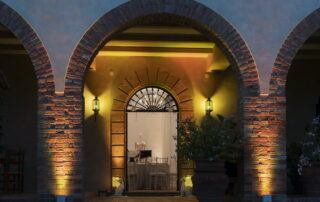 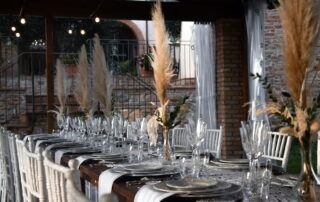 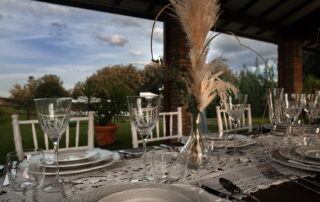 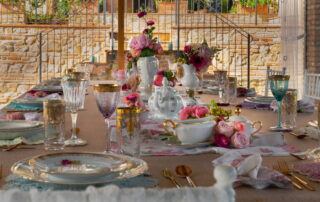 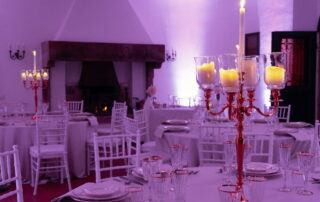 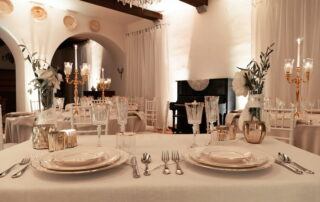 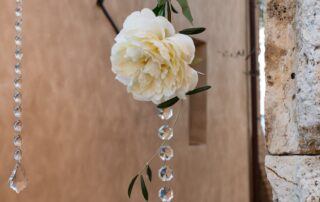 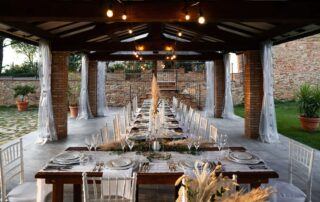 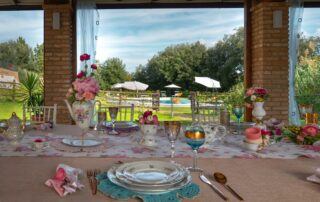 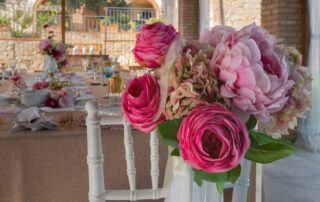 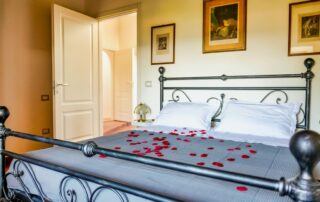 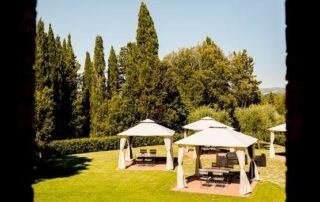 The church, which is still consecarated, has an interesting history.
Benozzzo Gozzoli, a well-known Renaissance painter who painted some of the period’s most notable frescoes, moved with his family to Peccioli to escape the plague in Pisa, in accordance with the Caetani family, feudal lords of the area. He worked for the family for some years, during which he completed the frescoes in the Tabernacle of Saint Catherine of Alexandria in Legoli. In the course of those years he also painted a fresco in the church of St. Catherine of Alexandria at the Spinucola in the Tenuta I Mandorli, which belonged to the Caetani family.
The fresco, which dereriorated over the years, was covered by a painting depicting St. Catherine which still decorates the wall behind the altar today, and has been carefully restored.
The Spinucola, the complex which consists of the main house and the church surrounded by a wall, of which only the main archway survives, was built in the latter part of the 15th century. It was an outpost for the Templars, who sojourned here on their way to the Holy Land.
The church was completely and carefully restored in 2018, and is still a consecrated church. In fact, until the 1960’s, every year on September 24, the feast of Saint Catherine, mass was celebrated during the course of the festivities held here, in which all the local famiies gathered to join. 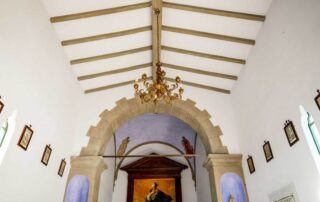 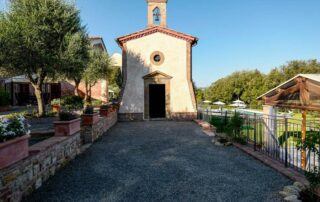 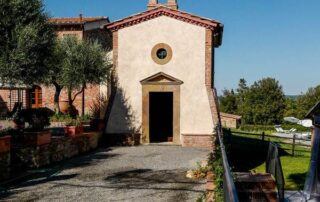 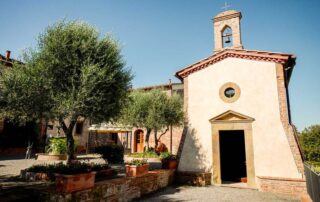 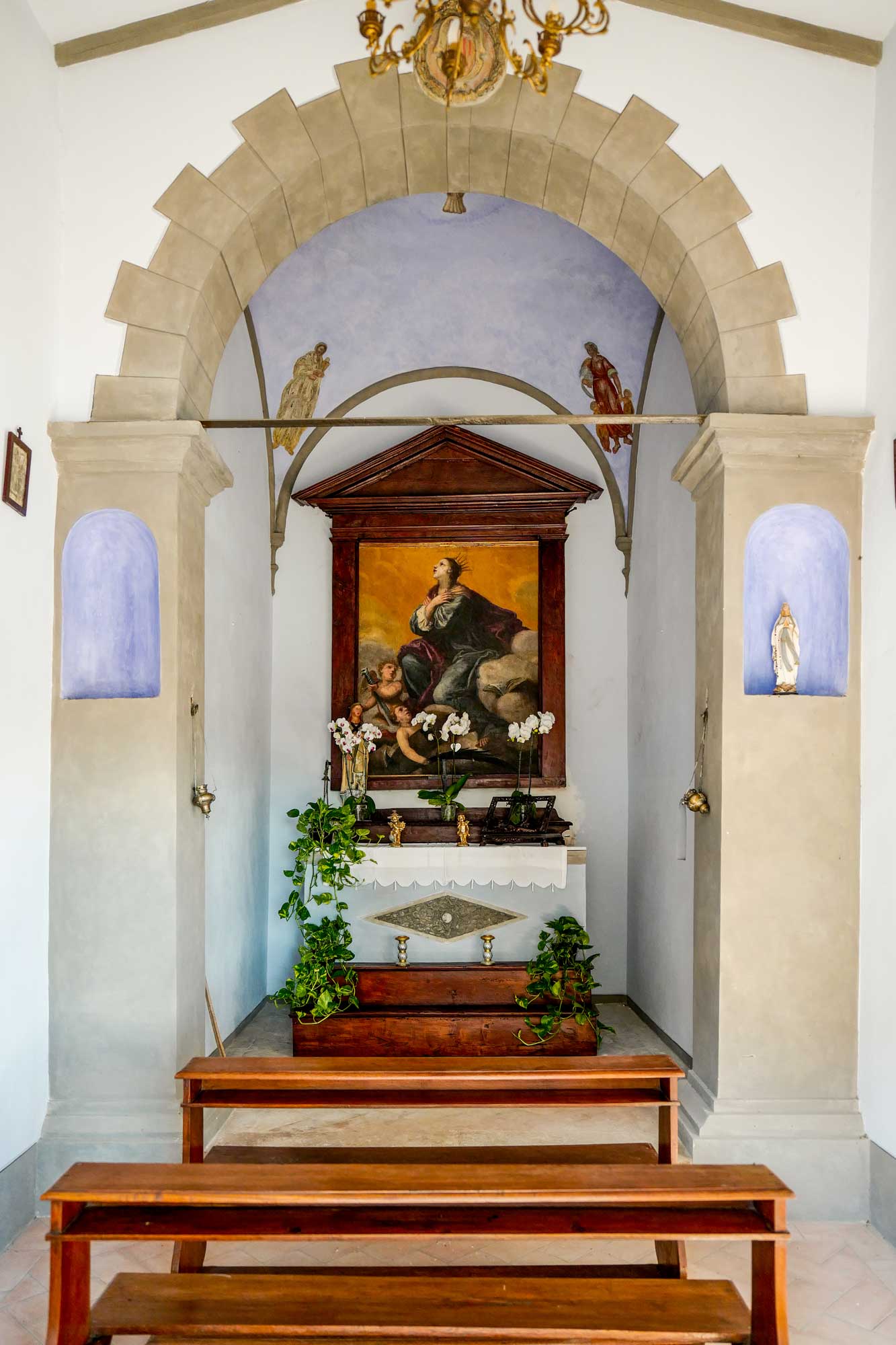 How can we get in touch with you?

FILL THE FOLLOWING FORM WITH YOUR DETAILS

This website uses cookies to improve your experience while you navigate through the website. Out of these cookies, the cookies that are categorized as necessary are stored on your browser as they are essential for the working of basic functionalities of the website. We also use third-party cookies that help us analyze and understand how you use this website. These cookies will be stored in your browser only with your consent. You also have the option to opt-out of these cookies. But opting out of some of these cookies may have an effect on your browsing experience.
Necessary Always Enabled
Necessary cookies are absolutely essential for the website to function properly. This category only includes cookies that ensures basic functionalities and security features of the website. These cookies do not store any personal information.
Non-necessary
Any cookies that may not be particularly necessary for the website to function and is used specifically to collect user personal data via analytics, ads, other embedded contents are termed as non-necessary cookies. It is mandatory to procure user consent prior to running these cookies on your website.
SAVE & ACCEPT
Go to Top